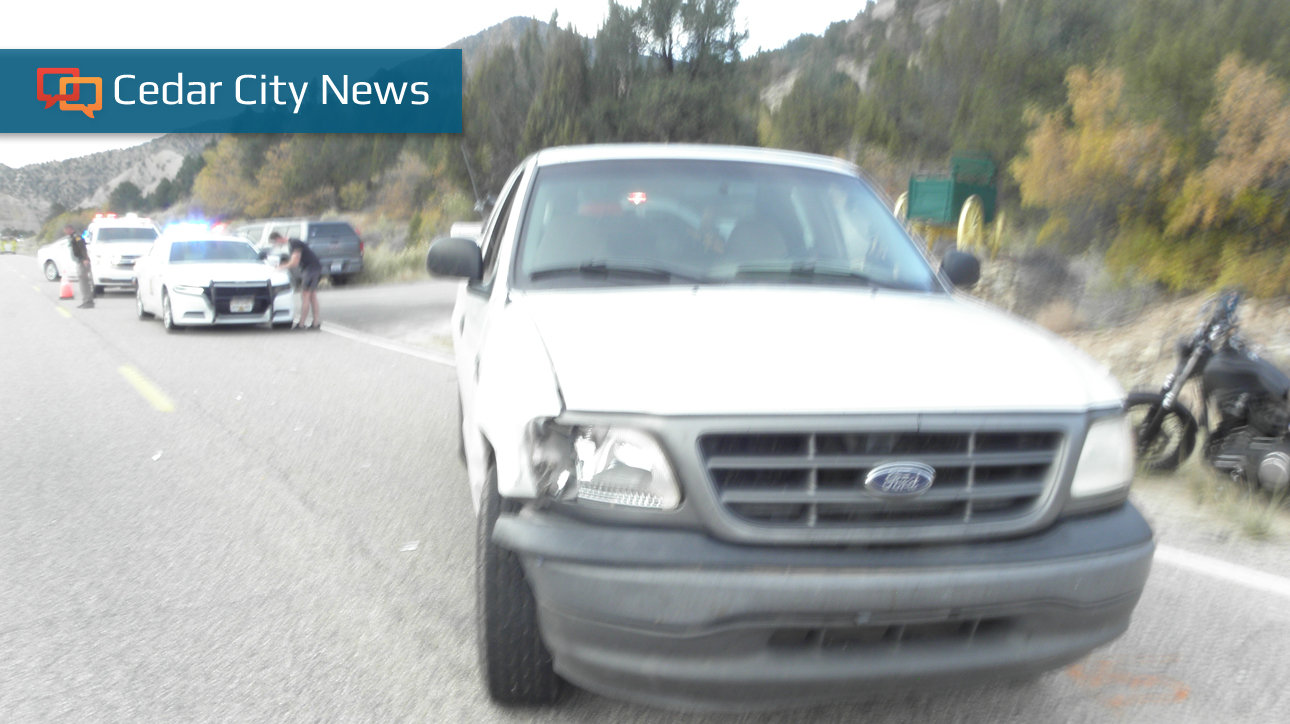 CITY OF CEDAR – Two motorcyclists were injured Thursday when the bike they were riding was struck by a pickup truck in Cedar Canyon, police said.

The accident, which reportedly occurred shortly after 5 p.m. near kilometer 5 on National Highway 14, involved a white 2003 Ford F-150 truck and a black 2015 Harley Davidson motorcycle.

Utah Highway Patrol Sgt. Bambi Baie said the two vehicles were heading east into the canyon when the motorcycle slowed down to make a left turn in a camping area.

“The van went past them and then hit them,” said Baie. “He was starting to pass them as they turned.”

Baie said the driver of the motorcycle and his passenger, both in their 20s, sustained serious injuries to their legs.

“The passenger was airlifted with severe lower limb injuries, while the motorcycle rider was transported by land and had to undergo surgery for lower limb injuries,” she said. , adding that both bikers were wearing helmets at the time of the accident.

Baie said the driver of the Ford pickup received a citation in connection with the incident.

This report is based on preliminary information provided by law enforcement and may not contain all of the findings.

Jeff Richards, originally from Salt Lake City with family roots in Panguitch, lived in Moab for 20 years before joining St. George News in 2017. Jeff is a longtime journalist and high school teacher. He and his wife Penny are the parents of five daughters. They also have two young grandsons. Jeff and his family enjoy swimming, camping, sightseeing, reading and taking photos.