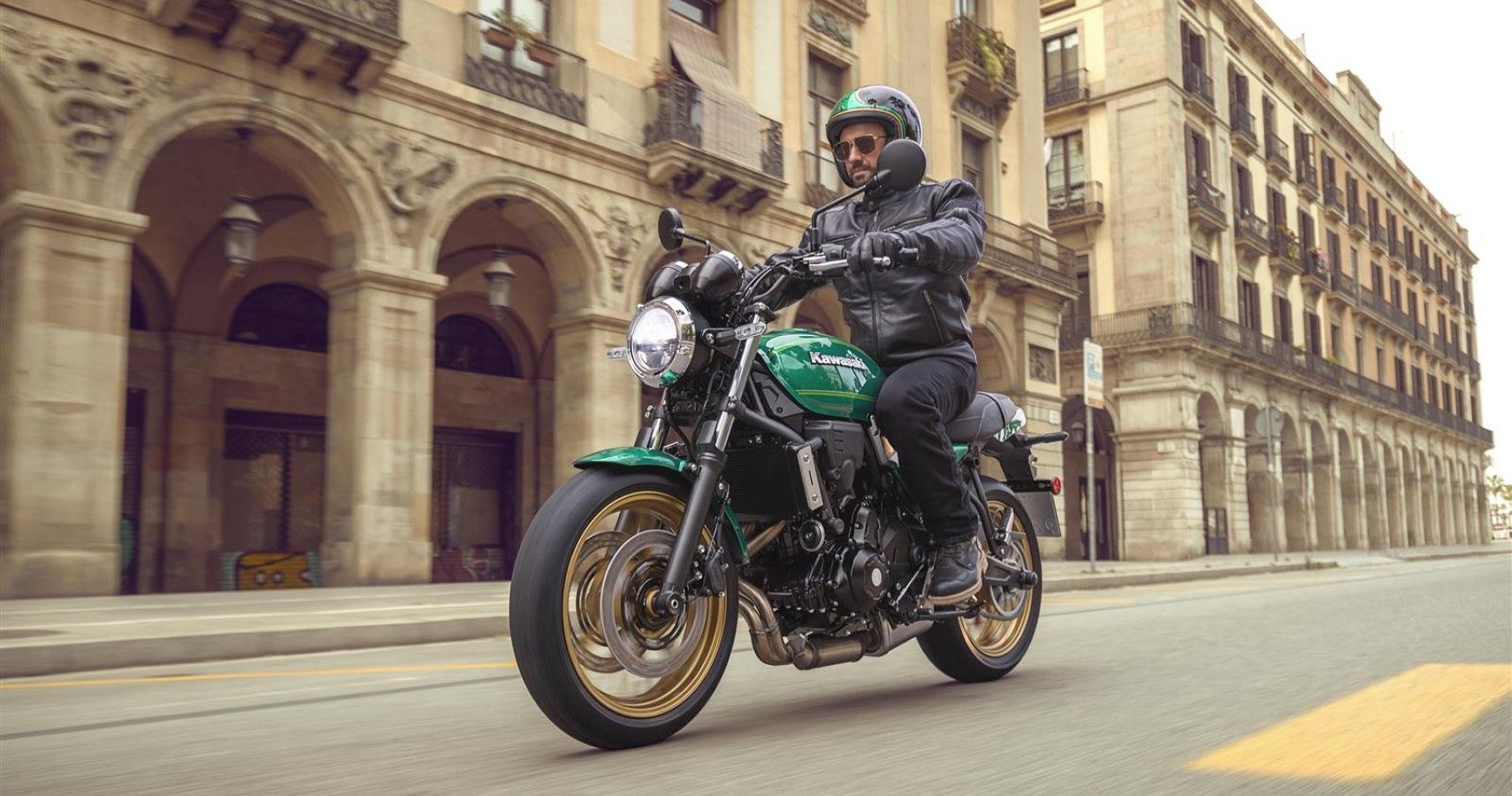 Beginner bikes just keep getting better, Kawasaki’s 650cc platform is a good example and now features an all new bike based on this popular middleweight.

In recent years, the retro motorcycle market has exploded, with each manufacturer scrambling for a share of the action. Kawasaki already have the Z900RS, but it is not a machine suitable for beginners, the 650, on the other hand, is most certainly far more accessible and quite more marketable.

Big enough not to be boring and small enough for newbies, it’s the perfect compromise, but how does it stack up against its competition in a market that has become quite saturated?

The RS on these bikes stands for Retro Sport, a kind of new class within the retro motorcycle class that also seems to be steadily growing.

It’s certainly not the only one and competes with several other performance bikes that have been on the market for quite some time already, but one thing we have to say is that Kawasaki got the design right. The Candy Emerald Green and Metallic Moondust Gray / Ebony color choices also look great.

It’s significantly straighter than the Z650 and Ninja 650 (which have a very similar rider triangle).

While both of these bikes are already more focused on comfort, the RS takes it a step further with wider, flatter bars that are positioned closer to the rider.

Related: 10 Things Every Motorcycle Enthusiast Should Know About The 2022 Kawasaki Z650

While the displacement might sound deceptive, it’s not a high-performance machine, it has enough horsepower without being intimidating.

That’s not a bad thing at all, it’s a platform that now gives every type of rider a point of entry into the bike without carrying the “boring” beginner bike label.

With the 650 hunk making just under 70 horsepower, much like the Yamaha CP2 engine (above), they’ve now stuck it in almost every type of motorcycle.

The fact that they are able to put the engine on so many different platforms now is thanks in large part to one key improvement; a much better torque curve at mid-range.

In this particular segment of the market, all of these bikes can ride comfortably on the highway, but the way they generate their power makes all the difference. We’d say it’s indeed the least comfortable in the sportbike that would certainly benefit from a higher-revving engine, but for the rest the punchy parallel twin does a great job.

Unfortunately the biggest letdown for the RS is the suspension, which is clearly an area where they’ve decided to cut costs knowing full well that potential buyers won’t necessarily be very excited on track days.

It’s still a bummer, with conventional non-adjustable 41mm telescopic forks up front and a horizontal rear shock that only has preload adjustment.

You won’t find advanced security features or an electronic package on the Z650RS, but you will get exactly what you need; a high-quality Bosch ABS system.

Modern bikes with tilt angle-sensing computers are great, but you can still crash no matter what. What every new rider needs is ABS, arguably the most important safety innovation for motorcycles since the full face helmet.

Design-wise, even if you don’t like retro-themed bikes, this one is still pretty hard to fault. It gets its beauty from its simplicity, and while they could have done better with the suspension, most of the other components they use on the bike are top notch.

Every midweight bike has its positives and negatives, but for the latest retro Kawa the design is a big plus, and they just might attract a few new bikers to the Green Team with this one just because of its looks.

Related: Yamaha R7 Vs Kawasaki Ninja 650: What Is The Best Middleweight Sports Motorcycle

At just under $ 9,000, this is a very affordable motorcycle and should offer retro enthusiasts a great entry point.

It’s still just an entry point and while it’s a bike worth keeping, there are several competitors out there that are worth considering before committing.

Honda recently released the CB650, which they call a “Neo Café Racer,” but we’d just call it a pretty cool midweight that actually has an inline-4.

Yamaha has had the XSR700 on the market for quite some time, and we’d say it has Kawa’s pace in every way except maybe for looks. Then there is the slightly more expensive Aprilia Tuono 660 which is so good that it becomes impossible to ignore it even if it is not even a retro bike!

Here’s a look at what you can expect from the Z900 and why this bike is invincible.


Luke Zietsman is an automotive enthusiast based in the Philippines. If he has two or four wheels, he has either owned them, researched them, or dreamed of them.