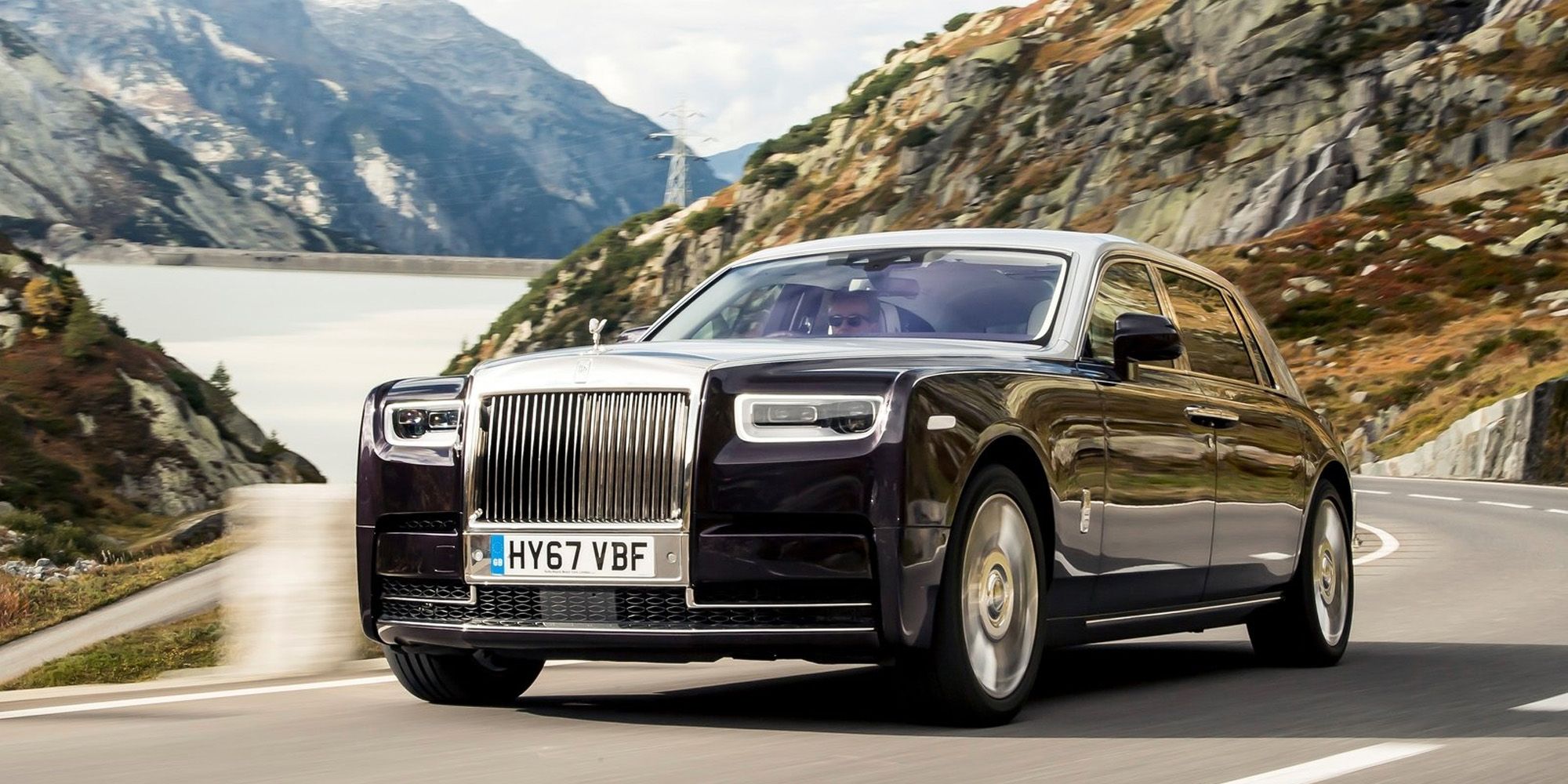 Bayerische Motoren Werke (BMW for you and me) has a long history of producing brilliant engines. While BMW makes excellent V8s and 4 cylinders, the engine configuration it is best known for is the straight 6. After all, the first two generations of the M5 had inline 6s, and thanks to them, we now have the super sedan.

BMW participated in many collaborations and held shares in many car companies, which resulted in partial sharing and borrowing of engines. This was because the companies they were working with were having financial difficulties and needed help to get out of their problems, or simply because a company needed a new engine for its cars, but did not want worrying about developing a whole new one. In other cases – like with the BMW X5 – BMW provided the cash, and they got a deal platform to produce their own car.

As a result, many cars that seem to have nothing to do with BMW are fitted with BMW engines – some of which have made quite strange combinations. Without further ado, here are 10 cars you probably didn’t know about with used BMW engines from the factory.

In 1994 BMW bought Land Rover and sold it to Ford in 2000. During this short period BMW used the Range Rover platform for its own use and built the first generation BMW X5. BMW also assisted in the design, engineering and production of the third generation Range Rover, which shares many BMW parts, including the V8 engine.

The Rover 75 was an executive sedan produced by the British marque between 1999 and 2005. The 75 aimed to compete with the BMW 3 Series and Audi A4 – a task they succeeded in as the 75 sold quite well, being given that Rover was in financial trouble and in danger of closure.

There were a few engine options available for the 75 including a 1.8 liter turbo, 2.5 liter V6 and even a 4.6 liter Ford V8! The engine that received the most praise; however, was a 2.0-liter turbo diesel unit supplied by BMW, producing 130 hp and 221 lb-ft of torque. The car and engine combination won numerous awards during the car’s production life.

The current Morgan Plus Six features classic 1930s styling, a folding soft top and the 3.0-liter turbocharged engine. B58 straight out of a BMW 840i. The engine produces the same 335 hp and 369 lb-ft of torque as in the BMW application, but the Morgan weighs significantly less – just 2,370 lbs. The Plus Six comes with the same ZF 8-speed automatic transmission and is capable of doing the 0-62mph sprint in 4.2 seconds, up to a top speed of 166mph. Pretty good for a car that looks like it was from the 1930s.

Related: Here’s why the new Morgan Plus Six is ​​a true British sports roadster

The Land Rover Defender has long been many people’s favorite off-road vehicle. Although the name has been changed several times, the Defender dates back to 1948 with the Land Rover Series 1. The Defender as it is known today began production in 1983 as the 90 and 110 models, before be called the “Defender”. in 1990.

Along with the name change, the Defender received updates to various aspects of the car, the most notable being new engine choices, including a 2.8-litre straight-6 from BMW – on the Z3 and other models with suffix “35i”. It produced nearly 200 bhp and was introduced after the Defender V8 was discontinued. There’s a rumor that the next Defender SVR will use the M5’s 4.4-litre twin-turbo V8, continuing the BMW-Land Rover tradition.

Related: Everything you need to know about the 1990 Land Rover Defender 110

The Lincoln Mk VII is a strange application of a BMW engine. With the oil problem continuing through the late 1970s and 1980s, American automakers had to detune their engines to achieve better fuel economy and emissions. Some automakers have developed smaller engines, installed turbochargers on existing ones, or, in the case of Oldsmobile, turned one of their gasoline V8s into a diesel.

Ford, on the other hand, simply bought engines from a trusted diesel manufacturer – in this case, BMW – and put them in their personal big luxury car. The 2.5-liter turbo diesel produced 115 hp and 155 lb-ft of torque, compared to the petrol option, which was the 5.0-liter V8 producing 140 hp and 250 lb-ft – certainly one of the strangest engine and car combinations.

Related: Here’s What We Miss About The Lincoln Mark VII

The Arnage was built to replace the aging Mulsanne within Bentley’s line of luxury sedans. BMW and the VW Group fought over ownership of Bentley and Rolls-Royce, with Bentley eventually becoming part of the VW Group and Rolls-Royce going to BMW. Many engines have been examined for the Arnage, including that of Mercedes M119 V8 and GM North Star.

However, when the Bentley Arnage was introduced in 1998, it featured a twin-turbocharged version of the M62 4.4 liter V8 found in the BMW 7 Series E38. The car produced 350 horsepower and 420 lb-ft of torque, all wrapped in luxurious leather and treated wood. the M62 was replaced in 2000 by an almost entirely new version of the Rolls-Royce-Bentley L-series 6.75-liter turbocharged and twin-turbo V8.

The Rolls-Royce Phantom is the top model of the über-luxurious brand and is the most stylish and showy car in the world. By the end of the 20th century, Rolls-Royce and Bentley were in financial difficulty, causing them to be bought out by BMW and Volkswagen respectively. VW took the L-series 6.75-liter V8 in the case, leaving BMW to find another powerhouse.

Weismann is a lesser-known German sports car manufacturer, producing two-seat roadsters and sports coupes. The first model they produced was the MF 30, which was fitted with a normal BMW straight-6. The updated MF Model 3 featured the S54 straight-6 from the E46 M3, with the GT MF 4 being a slightly larger version – which was first fitted with the 4.8-litre V8 from the BMW X5, then the 4.0-litre V8 from the E92 M3 .

The most ridiculous Weismann is the GT MF 5, the most powerful in the model range. It was equipped with S85 5.0 liter V10, later followed by the S63 4.4-liter twin-turbo V8. All models were equipped with automatic transmissions except the original MF 30. Weismann’s design follows almost the same style as Morgan’s, just with a more modern twist.

By now, most tankers should be familiar with the Toyota-BMW collaboration that is the Supra Mk5. The car shares much of its drivetrain with the BMW Z4, meaning the same B58 3.0-litre turbocharged inline-6, mated to the same 8-speed automatic transmission, similarly going to the rear wheels only. The 2.0-liter version of the Supra also shares the engine of the Z4 sDrive30i.

Related: Why We Love the 2022 Toyota GR Supra

Finally, we come to everyone’s favorite car, the McLaren F1. The car that dethroned the Ferrari F40 as the fastest production car in the world – a title it held for almost 15 years. Notable features of the McLaren F1 include the iconic three-seat configuration, the gold heat shield in the engine compartment and the BMW V12 in the middle.

Look at this $20 million McLaren F1 on the track

The legendary supercar is only becoming an icon among enthusiasts. See it in action on the track.

Michael De Kock is passionate about cars and everything from lawyers to particle accelerators. He studied psychology and knows a little about repairing cars (especially old Land Rovers). He also blogs and has a book, 125 Creative Writing Prompts for Petrolheads, available on Amazon. His philosophy in life: Stop Hate – Adopt a V8.

Dún Laoghaire crash: Elderly woman dies after being hit by lorry in Dublin